Please refer to the following list of bios for those alumni brothers nominated to serve as Acacia Fraternity Foundation Directors for 2016 – 2019. 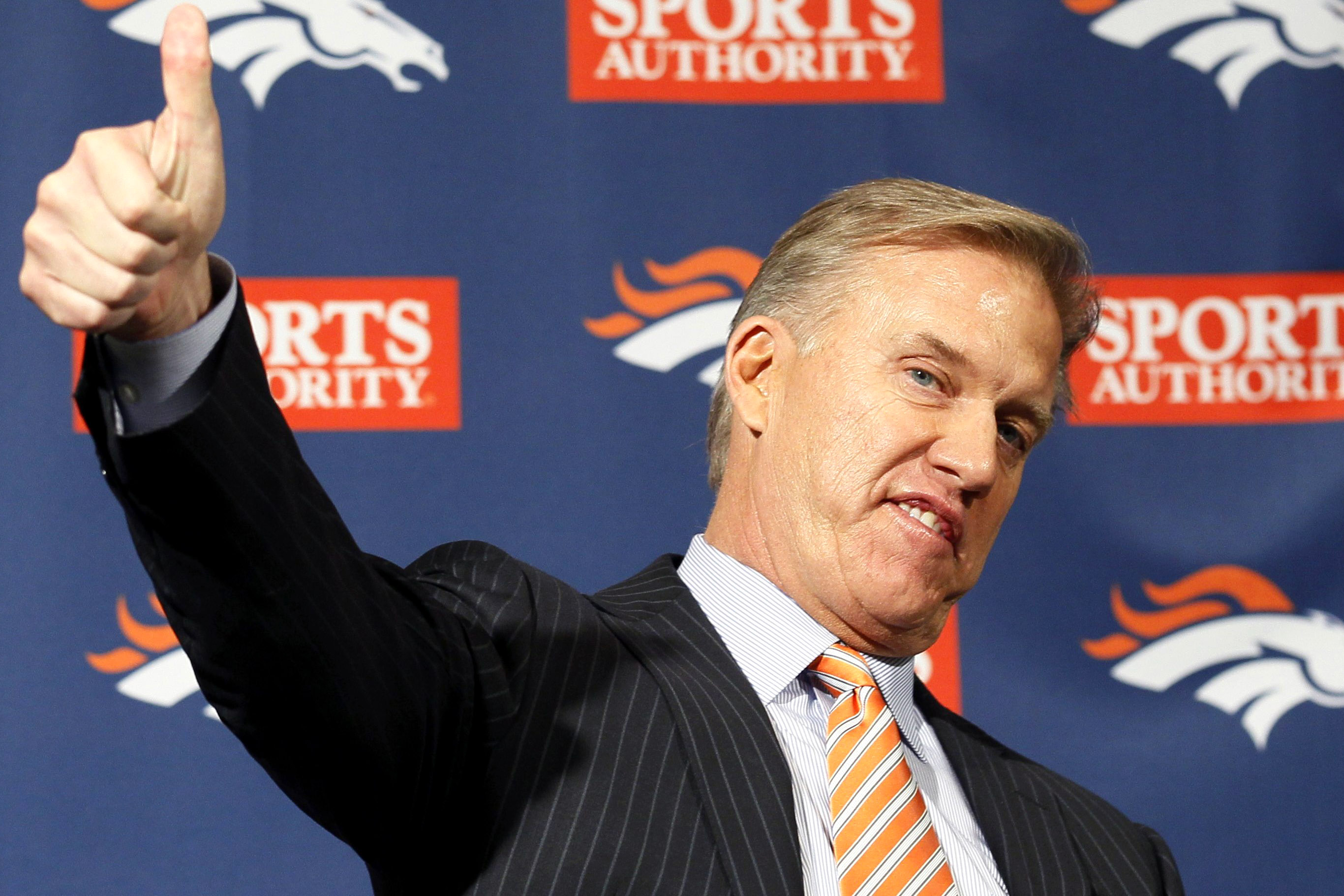 This week, one of football’s greatest quarterbacks of all time decided to hang up his cleats and call it complete. After 18 seasons, Peyton Manning retired from the National Football League, wrapping up a career filled with statistical records and two Super Bowl championships. One of those championships came with the Denver Broncos, the team Manning has spent his last four seasons with after being cut by the Colts following the conclusion of the 2011 season.

How Manning ended up with the Denver Broncos is an interesting story. A story all undergraduate fraternity members should hear as the NFL Free Agency process has a lot of similarities to the fraternity recruitment process. In fact, the only key difference is that chapters aren’t giving their new members millions of dollars once they sign. Reflecting on Manning’s Free Agency experience, it becomes apparent that John Elway’s and the entire Denver Bronco organization’s recruiting process is something all chapters should hope their members mimic.

The recruitment process for Peyton Manning started the day he was cut from the Indianapolis Colts. On March 7, 2012, Manning had a farewell news conference in Indianapolis. Later that evening, he received a call from then Denver Broncos Head Coach John Fox. Denver was one of the first teams to reach out to Manning and Fox simply told him “Denver would love to have him visit when he was ready.”

Manning’s recruitment process started the day he was eligible to be recruited. Likewise, the recruitment process for fraternities should begin the day Potential New Members (PNMs) become eligible to be recruited. For some chapters, that may be as soon as spring of their senior year of high school. For others, it may be on Freshman Move-In Day. Regardless of the time, being that first point of contact for Potential New Members is key.

The Denver Broncos were the first team to reach out to Manning, and because of this they were also the first team Manning agreed to meet with. This may have had a lot to do with him choosing them over any of the other teams courting him at the time. Oftentimes, a PNM will choose the first group who he has first met. Chapters should be actively looking to be one of the first people prospective students meet.

On March 9, Manning flew to Denver to meet with Broncos executives and the coaching staff. Elway and Fox both knew areas they would like to address with Manning.

For Fox, it was to address two factors he believed would weigh into Manning’s decisions not to join the Broncos. The first factor was the Denver Broncos’ defense hurting Manning’s chances of winning (an idea which is now laughable after Super Bowl 50). The second was the cold weather in Denver. Since Manning had played over half of his career games indoors at Indianapolis, many believed he would suffer outdoors in Denver.

How Fox combated both claims is key. First, he addressed these claims head-on with Manning. He did not make excuses for them, but instead figured out ways to communicate with Manning how these two factors would not be an issue. Manning is a statistical guy so Fox had two statistics prepared. First, he talked about how 519 games have been played in Denver, and the average temperature for these games has been 60.9 degrees at kick-off. To address the defense, Fox then told Manning, “In your 14 years in Indianapolis, the Colts averaged 26 points per game. In my 10 years as a head coach [with the Panthers and the Broncos], when our teams scored 26 points or more, our record is 39-3.”

Fox didn’t avoid the conversation about Manning’s two main concerns and actually addressed them directly with statistical evidence. Additionally, the Broncos recognized that their defense was an issue for them, and over the years since they signed Manning they improved to become one of the best defenses in the league.

When talking to Potential New Members, do not be afraid to discuss their concerns for not joining. Instead, encourage the conversation to happen and take their objections and discuss them. For example, if their concern is academics, show them the chapters GPA compared to the university’s all-male average or show them the chapter’s graduation rate compared to the average student on campus.

Additionally, if there is an issue in the chapter that would keep members from joining, work to change that. For the Denver Broncos, it was their weak defense. They recognized this flaw and improved it over the years. What is your chapter’s “weak defense?” What is an area the chapter should improve upon so that in future conversations with potential new members, this is no longer a concern?

For Elway, his recruitment of Manning was simple. He worked on developing the relationship with him. At the time, Manning was 36 years old and played his entire career with one franchise up to that point. Elway spent his entire career as the starter in Denver. He had also won his two Super Bowls when he was 37 and 38 after many thought his career was done. Elway knew how to relate to Manning. He imagined what it would have been like if he was cut by the Broncos after 14 seasons. During his visit with Manning, Elway told Manning “There’s got to be a dagger in your gut right now. Take your time. Be thorough. Make the right decision, whether it’s us or someone else.”

As bad as Elway wanted Manning in Denver, he knew it was ultimately Manning’s decision. Elway told Sports Illustrated (SI) in 2012, “I put myself in Peyton’s shoes. No pressure. Don’t give the hard sell. Let the organization speak for itself. I told him that as much as I wanted him to play for the Broncos, I knew it would be stupid if we forced him and it wasn’t a good fit. That’s how I’d feel.”

Elway’s entire recruitment of Peyton Manning consisted of two things: letting the organization speak for itself and the confidence in the relationship he had built with Manning. It was Elway’s second year as Executive Vice President of Football Operations and General Manager and he was confident in the organization he had helped to build so far, and even more confident in what the organization was to become.

What we can take away from Elway’s recruitment process of Manning is quite simple. Let the organization speak for itself, and focus on building that relationship with potential new members.

In terms of developing the relationship, this is the key emphasis to recruitment. People don’t join organizations; people join people. Manning’s top four choices were the Cardinals, the 49ers, the Titans, and the Denver Broncos, who all did a great job at developing a relationship with Manning. SI’s Peter King’s wrote about Manning’s free agency courtship in April of 2012 in a piece titled “Peyton Manning’s Long Game.” In the article, King takes a look at why several teams were, or were not, on Manning’s list. King writes:

Look at the teams that fell short, and you see familiar faces. Manning’s dad, Archie, played with Munchak (Tennessee’s head coach at the time) late in his career in Houston. Cardinals coach Ken Whisenhunt is a golfing buddy of Manning’s and once coached Peyton at the Pro Bowl. Harbaugh (49ers’ head coach at the time) preceded Manning as quarterback in Indianapolis. The point men for all were former players.

Look at the teams that wanted in but were cut out. Kansas City: Manning knows G.M. Scott Pioli but isn’t close to anyone there. Seattle: no strong relationships. The Jets and Miami: ditto. Washington was a little different because Manning knows and respects Mike Shanahan, but the draft deal with the Rams ended that.

The key driving factor to Manning deciding on what team to join came down to one thing: the relationships he built with members of the organization. In fact, Manning talked about how he wish he would not have gotten so close to Head Coaches Munchak and Harbaugh because of how hard it made his decision. When Elway was asked why he thought Manning picked Denver, his response explained the Broncos recruitment philosophy: “I really don’t know,” Elway told SI. “I never asked him. I never asked him who was in it or where we ranked. I just know if I was in his shoes, I’d know how I’d want to be treated. And that’s how I tried to treat Peyton.”

The key factor for a quality Potential New Member will be the exact same thing: the relationships they develop with members of the chapter and the members’ ability to put themselves in the shoes of the one being recruited. 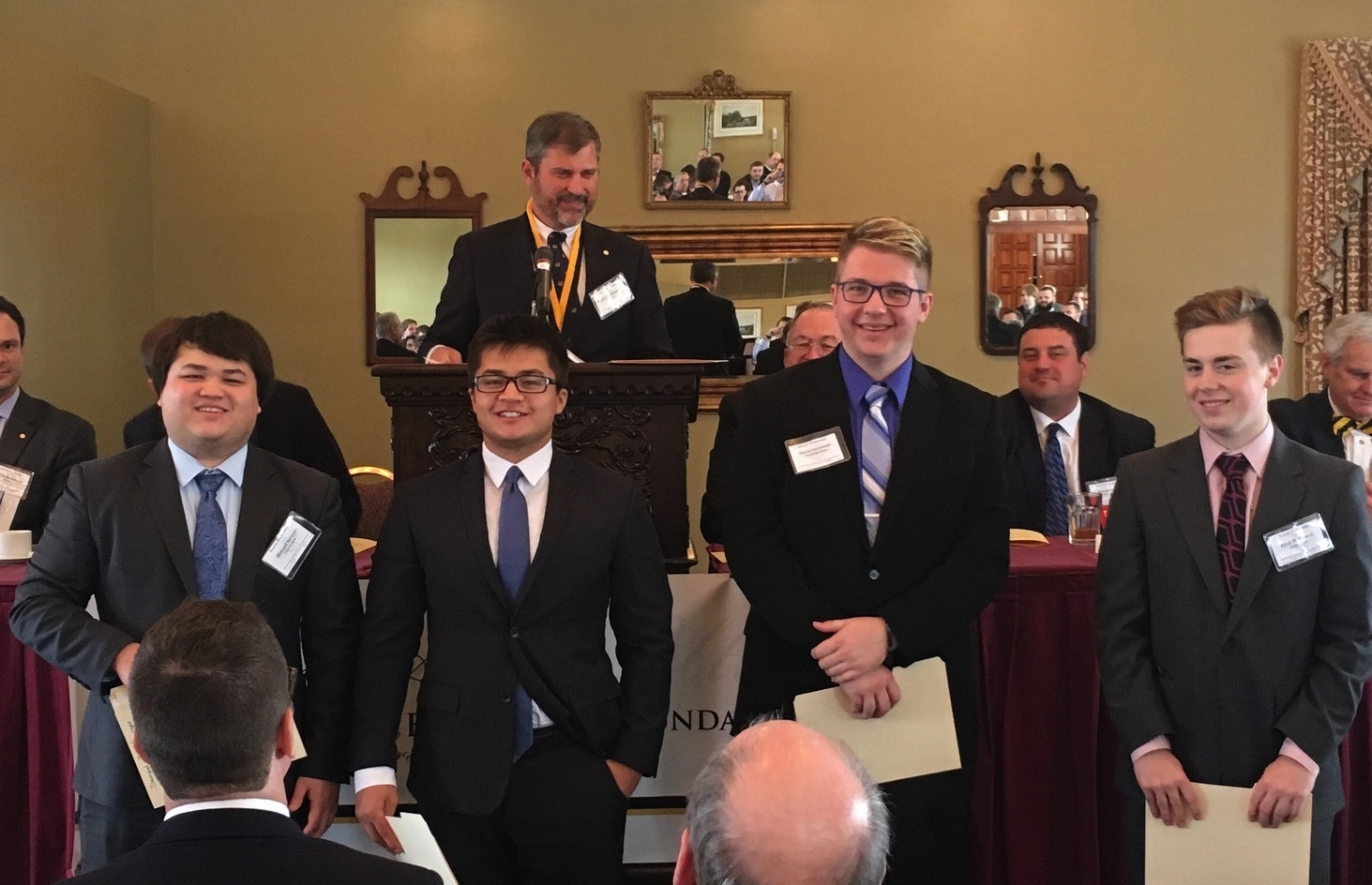 The Foundation awarded numerous scholarships over the past year from chapter scholarship programs and the General Fund. The following major scholarship recipients were announced at theWilliam A. Utic Acacia Fraternity Foundation Scholarship Luncheon during Acacia’s 59th Biennial Conclave in Louisville, Kentucky on July 29, 2016: 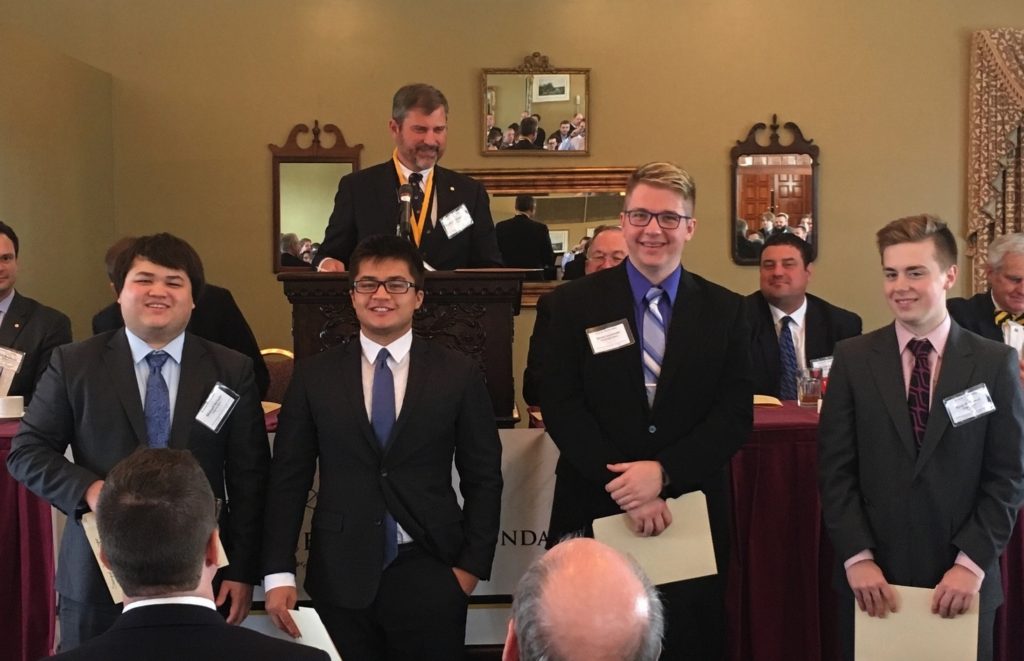 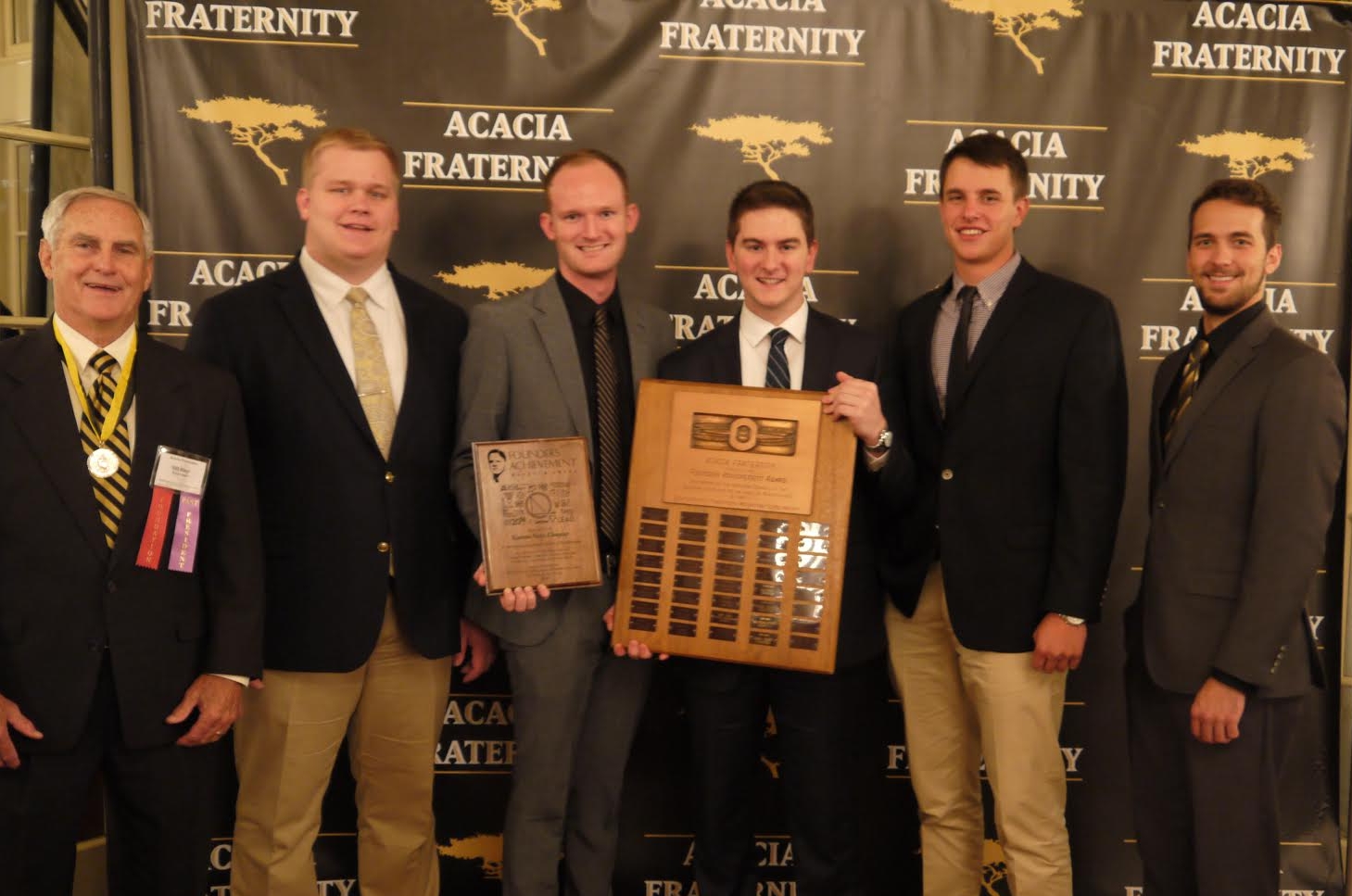 CHAPTER ADVISOR OF THE BIENNIUM

SENIOR BROTHER OF THE YEAR